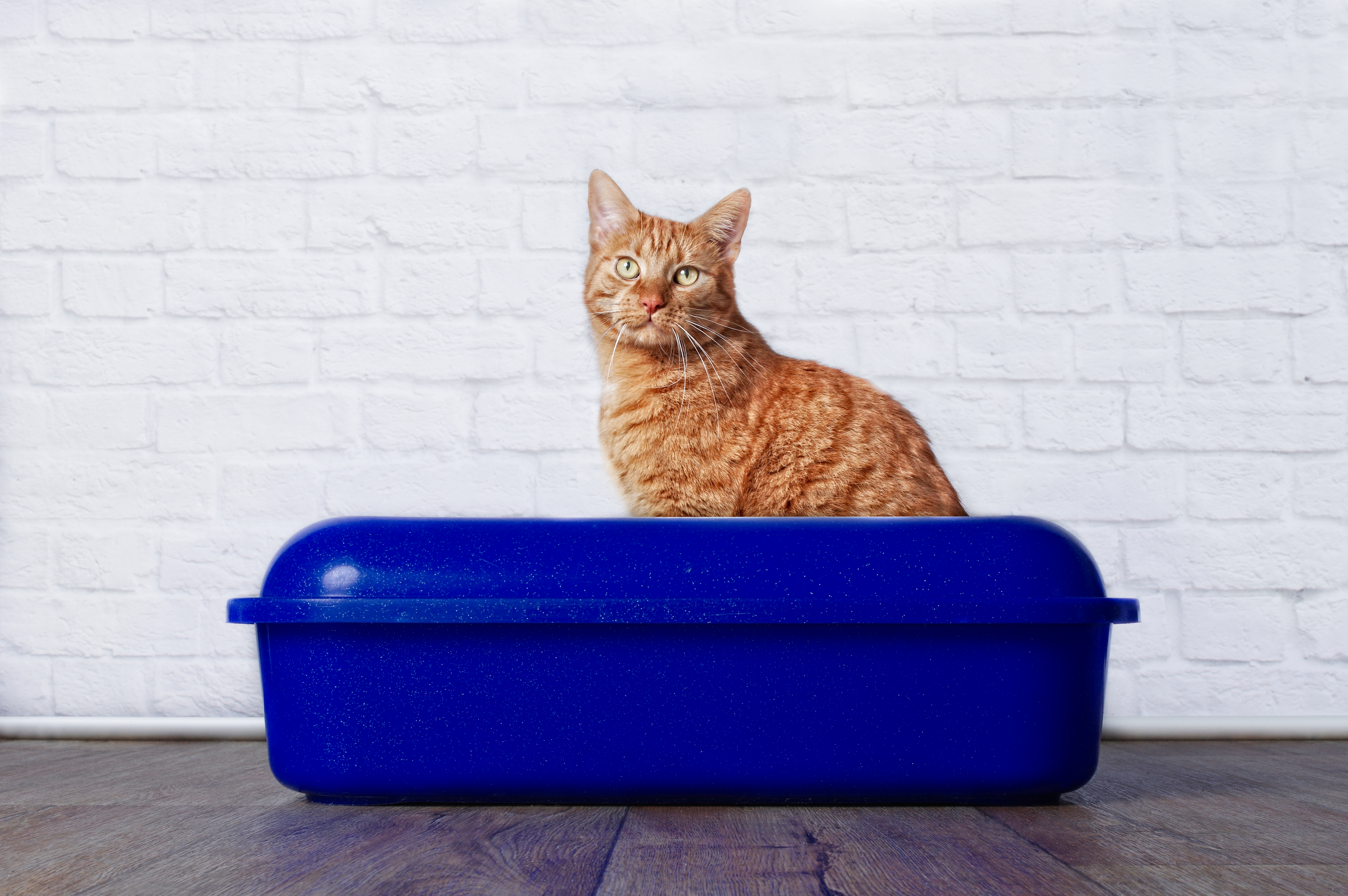 5 Tricks to Get Your Kitten to Use Its Litter Box

Most kittens take naturally to litter box training. If their mom is using the litter box, kittens will usually follow suit by the age of four weeks. However, if the kitten was born outdoors or is orphaned, he’ll need a little help in litter box education from his person. 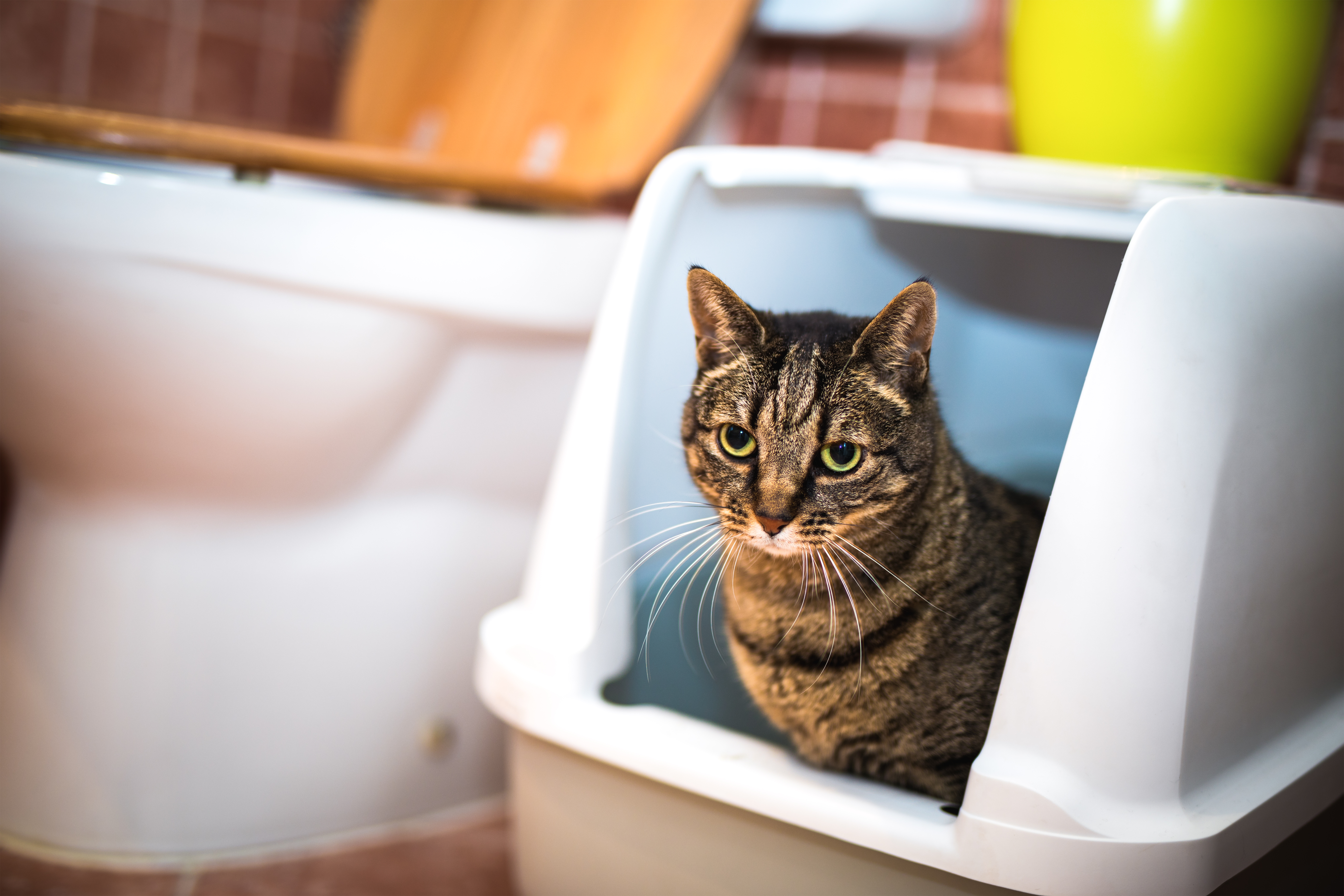 1. Introduce Your Kitten to the Litter Box

With most kittens, it’s not a matter of training them to use the litter box per se, but ensuring that they know where the litter box is and that they always have access to it. Place the litter box in a private, quiet area of the home. Introduce your kitten to the litter box and put him in it at regular times, especially after he’s eaten or just gotten up from a nap. Most kittens will dig in the box if they have to go, but you may want to gently move his front paws in the litter if he doesn’t seem inclined to do anything but stand in the box. Keep in mind that cats like their privacy, so don’t fuss over him too much at this time. When he does eliminate in the box, give him lots of praise. 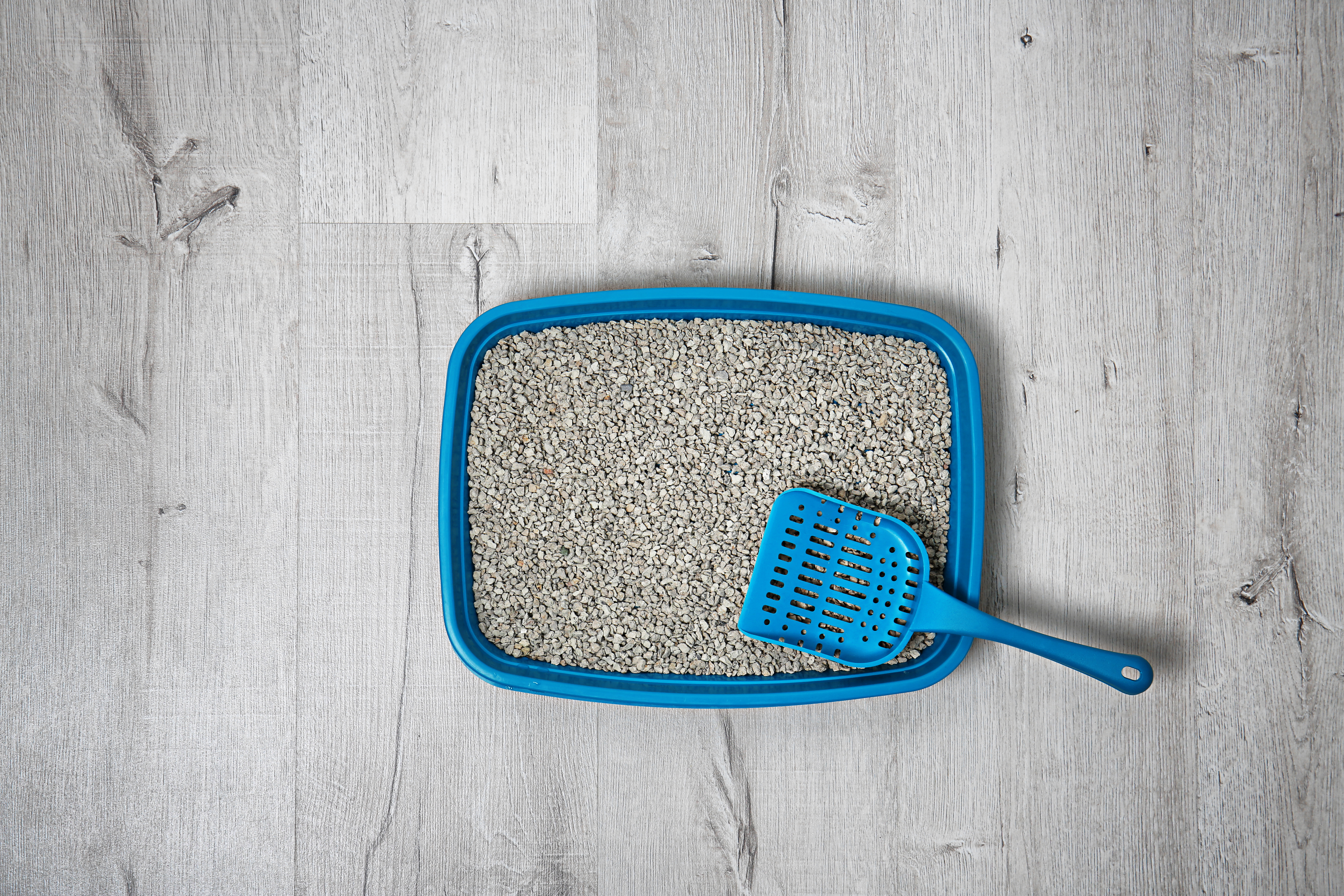 2. Get the Right Litter Box

The right litter box for a kitten isn’t necessarily the same box you can use for an adult cat. Purchase a litter box for your kitten with low sides so that he can enter and exit easily. You can use cardboard boxes with low sides for kittens temporarily, until they grow enough for a standard litter box. However, you must replace the cardboard box at least every other day. Although the type of cat litter preferred varies by the individual animal, most felines like fine-grained, unscented clumping litter, which has the added advantage of being simpler to clean. 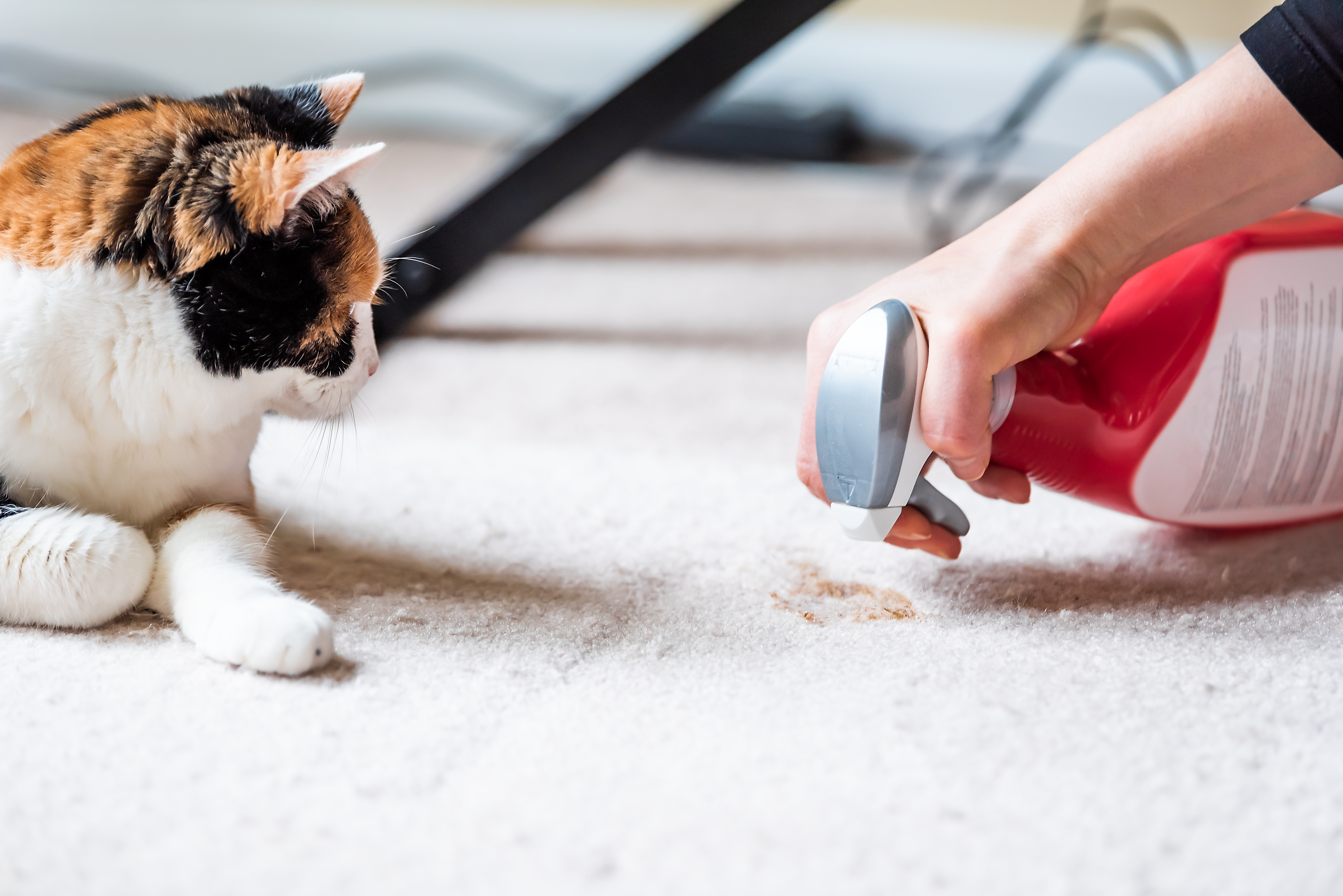 Some kittens may eliminate outside the box at the beginning. If that’s the case, don’t scold the kitten. Go back to putting him in the litter box after meals and naps. Make sure to clean up the accident thoroughly, using an enzymatic cleaner to get rid of odors. If the odor remains, the kitten is more likely to continue using that spot. 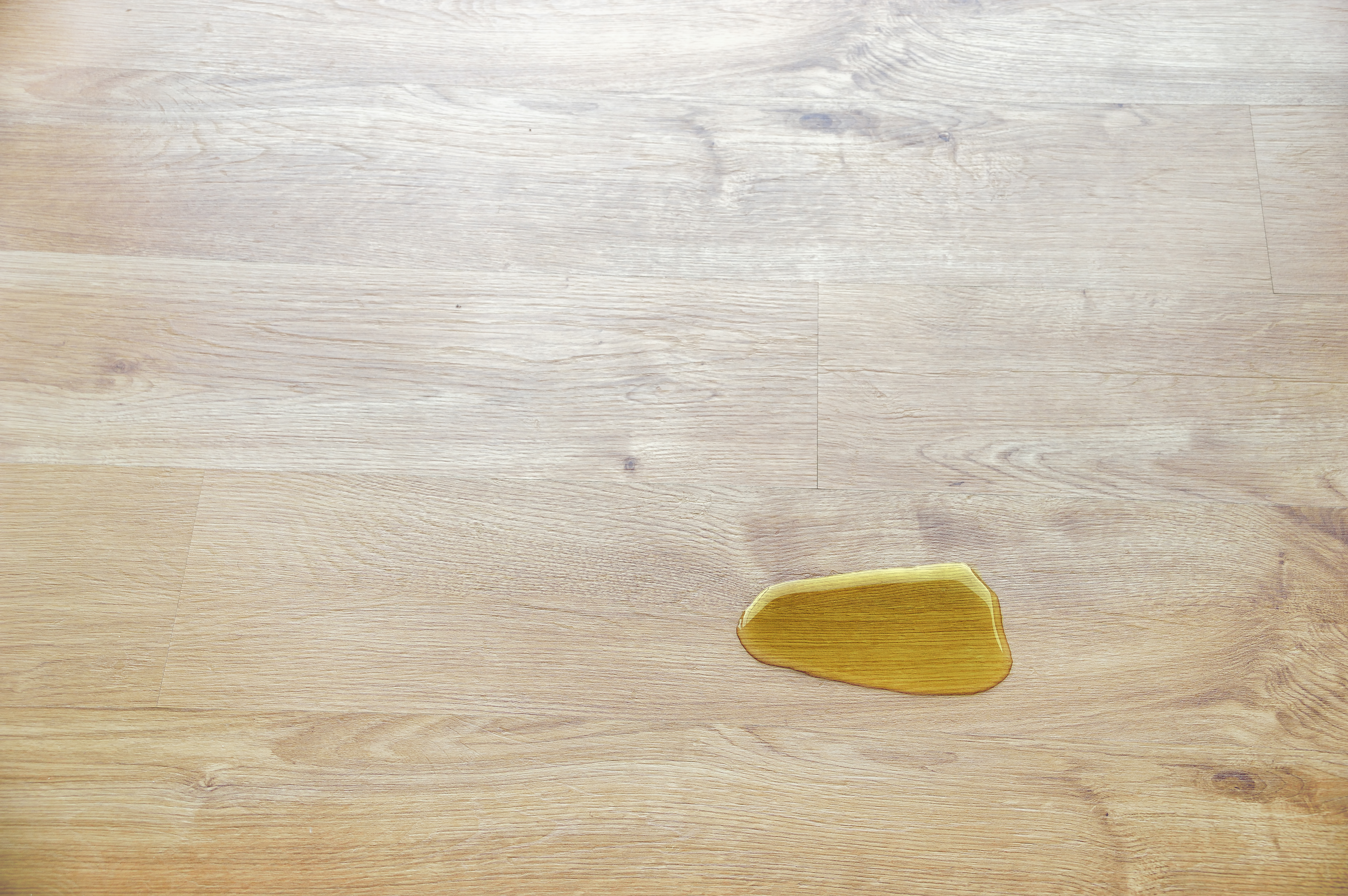 Inappropriate urination is a major reason cats are brought to animal shelters. Stopping a cat from peeing on the carpet or other inappropriate areas isn’t always easy, and it’s also important to have your vet check out an inappropriate eliminator to make sure a physical issue isn’t the cause.

If an intact cat is peeing in the house, spaying or neutering will often solve the problem. If a neutered animal starts peeing outside the box or on the carpet—a favorite, soft litter substitute—stress may prove the cause. Has anything changed in your home recently? Is there a new person, a new pet or a different schedule? All of these are potential inappropriate elimination triggers. 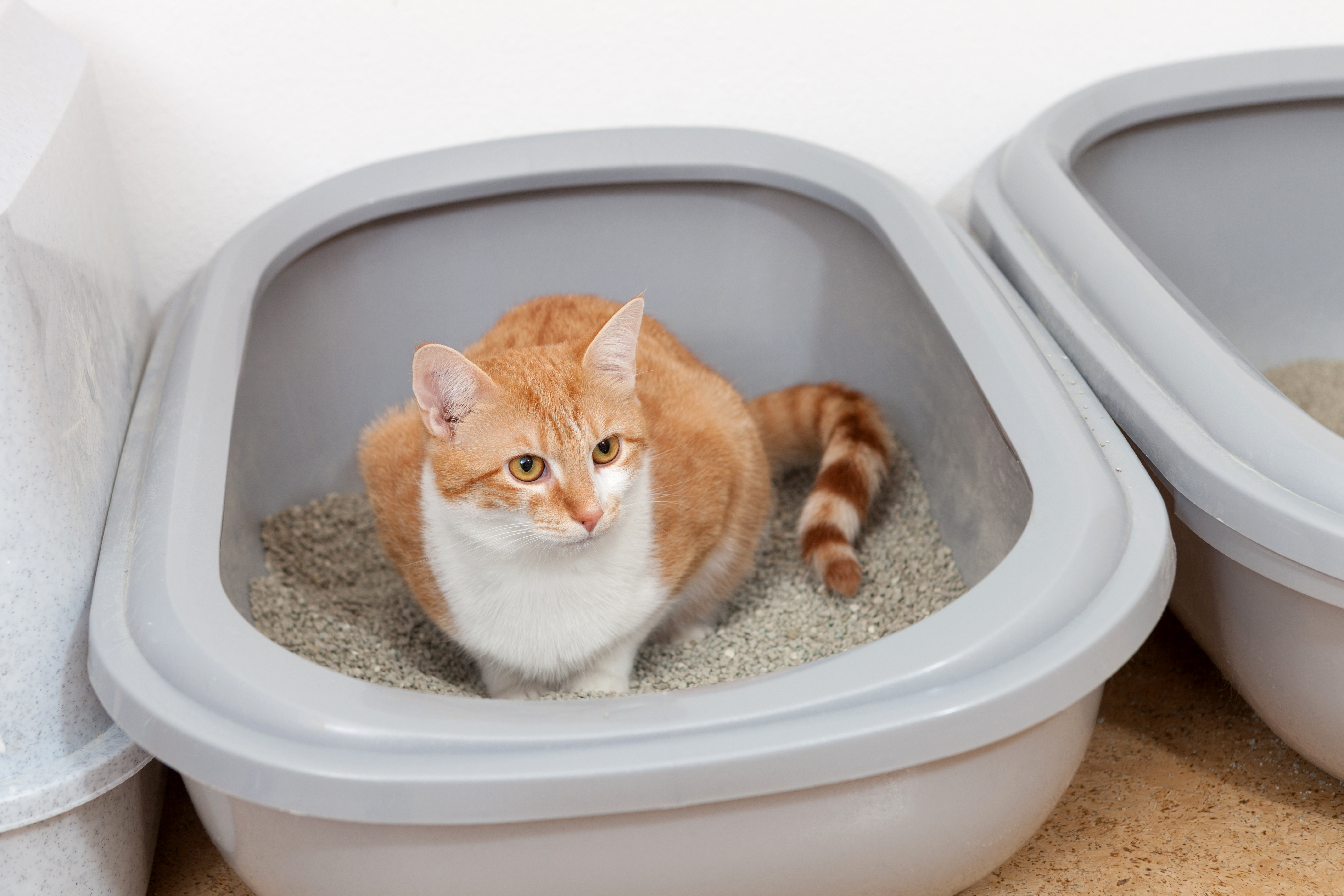 When a cat or kitten stops using the litter box, there’s often a good reason, at least from the feline point of view. For example, is the soiling cat bullied by other cats in the household, or has a cat stopped using the litter box after another cat joined the family?

Whatever the reasons, here are some things you can try to reacquaint Kitty with her box.

Clean the box at least daily. Cats are very clean animals, and if the litter box is dirty, they may decide to do their business elsewhere. That’s why scooping the box at least once a day—and more often, if possible—is critical.

Maintain one box per kitty. Sometimes, cats will stop using the litter box even if it is clean, and that merits some detective work. Do you have multiple cats using the same box? Ideally, you should have one litter box per cat with one extra box, but that’s not always practical. At minimum, try to provide one litter box per two cats.

Change the litter brand. Try using different types of litter to see if there’s a kind your cat likes better than your current variety.

Keep the box away from food. You also want to make sure the litter isn’t near the cat’s feeding area, for obvious reasons. Felines don’t want to poop where they eat.

Try a private room. Getting the cat back on track to litter box use may involve separating her in a small room—a bathroom is perfect—with a litter box, bedding and toys. Feed the cat twice daily, but remove uneaten food after 20 minutes. Keep track of Kitty’s use of the litter box. After she’s been using the litter box consistently for two weeks, you can start letting her out while under your supervision, but don’t give her the run of the house when no one is home. Once the cat uses the litter box consistently, you can ease up and give her house freedom. This may take time, but the result is worth it.

A graduate of New York University, Jane Meggitt’s work has appeared in dozens of publications, including USA Today, The Alternative Daily, nj.com, The Happy Cat Site and The Nest Pets.