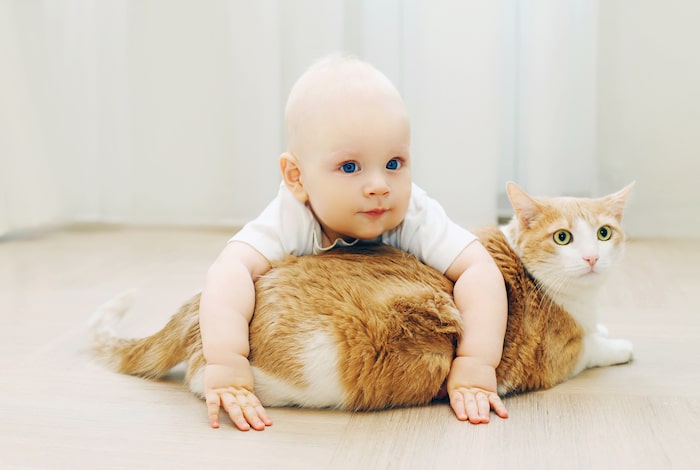 5 Ways to Introduce a New Cat

Bringing a new cat into your home is always an adventure. Because every cat has a distinct personality, it’s hard to predict how they will react to a new creature in their territory. Patience is key. Introducing a cat to your household may take a little time and effort, but if you want everyone under your roof to live in harmony, it’s well worth it. 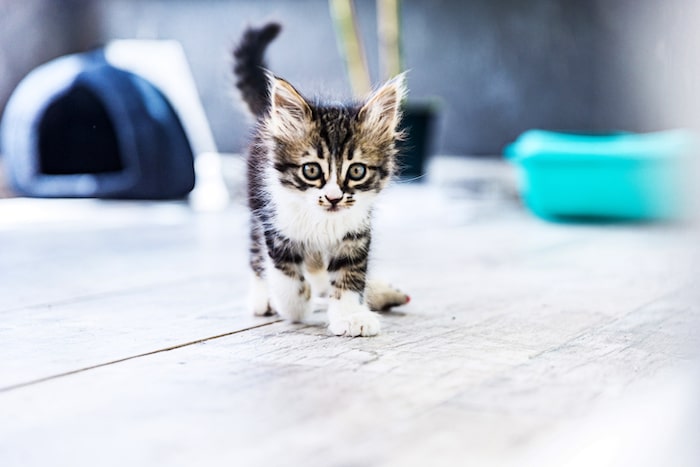 1. How to Introduce a New Territory

If you can preempt escalation of territory issues before they get started, you’ll have a much better chance of two strange cats putting up with each other. If your first cat has an area that is definitely her realm, confine her to that section of your home, and put the new cat in another room. Don’t let them see each other initially.

In both spaces, place plenty of items that will carry a cat’s scent, such as blankets, towels and other bedding. You’ll move these items back and forth between the areas over several days so both cats get used to the other’s smell. Before the actual meeting, have them switch confinement areas. Prior to the introduction, let the new cat roam around the house while the resident cat is confined. When the cats do meet face-to-face, it’s often best that they be separated by a baby gate or similar partition so they can’t fight. 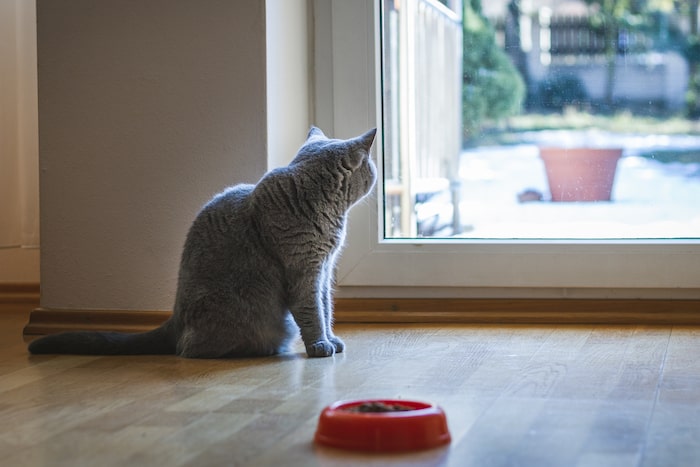 2. Feeding on the Other Side of the Door

Another time-honored feline introduction method is to feed them on opposite sides of a door. If your first cat is used to free choice food, change her over to regular feedings before bringing a new cat in. Once she’s on a regular schedule, and your new cat is ensconced, you can feed them at the same time on opposite sides of a door. Each cat senses there’s another feline beyond that door, but it’s time to eat.

After a few days, open the door but keep their food bowls in their respective rooms. You may want to use a baby or pet gate to avoid an immediate interaction, but now each knows what that mysterious animal on the other side of the door looks like. When the cats don’t appear overly disturbed by the other’s presence, allow them to be in the same room with plenty of distractions, such as toys and treats. Sometimes, the introduction is a non-event, and other times…if there are problems, continue the feeding on opposite sides of the door, and reintroduce them when both are calm. As long as one cat isn’t actively aggressive with the other, they should work it out. 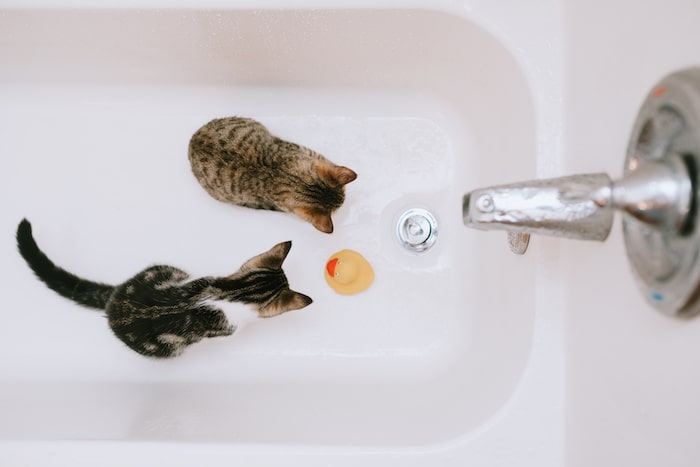 3. How to Introduce a Kitten to a Cat

Bringing a kitten into your household when you already have a resident cat is generally easier than bringing another adult feline into the home. That’s because the kitten isn’t as threatening to an adult cat as another adult. Much depends on the cats involved. Older cats may have difficulty adjusting to life with an active kitten, but sometimes having all that feline energy on hand can give an elderly cat a new lease on life.

Again, start by separating the cat and the kitten in different rooms. After getting the kitten’s scent on your hands, visit your cat and let him smell you. Give him his favorite treat to create a positive connection. Over the next few days, keep the animals separated but switch items, such as bedding, that carry their scent. Both pets will become acclimated via odor. Before letting them meet, make a switch so that the kitten stays in the cat’s room and the cat is in the kitten’s room.

When it’s time for that first formal introduction, present the kitten at feeding time. Food serves as a major distraction that may overcome any desire on the part of the older cat to hiss and spit. By this stage, the kitten and the cat will be likely to tolerate each other, but make sure you can step in if issues erupt. Keep them separate for a few more days, except at mealtime, and give both of them lots of love and attention. Odds are when they are together full-time, they’ll either ignore each other or get along well.

4. How to Introduce a Cat to a Dog

Of all the feline introductions, this is the trickiest. First, you must determine whether such an introduction is even a possibility. Some dogs simply do not tolerate cats and will attack or even kill any feline in their presence. If your dog has a strong prey drive, or plays very hard, sharing a home with a cat may not prove to be the best idea.

However, lots of dogs and cats share homes amicably. Sometimes, the relationship goes beyond tolerance to real affection. Start out by separating the pets. It’s usually easiest to confine the cat to one room while the dog has his usual space. When the dog is outside or otherwise confined, let the cat investigate the rest of the house and the canine smells. Wait several days until each pet is used to the smell of the other before making an introduction. You also want to wait until the dog has calmed down about a feline presence on the opposite side of a door.

Make the introduction with the dog secured by a leash. Just let the animals stay in the same room until both are calm. That may take a while, so keep them separated, and repeat the controlled interaction daily. When the pets get to the point where they ignore each other, that’s when you can allow them more freedom. Do not leave them alone unsupervised during this early period. Keep one or the other confined when you’re out of the house, until you are confident they tolerate each other. That may take a month or more.

5. How to Introduce a Cat to a Baby

Life changes for everyone when you bring home a new baby, and that includes Kitty. The good news is that you’ve had nine months to prepare your pet. Put the nursery furniture in place well before baby is due, so that your cat has at least a few weeks to get used to it. If you think your cat’s feeding and socializing routines will change after baby’s arrival, make those changes before the baby comes.

When you bring your baby home, spend some quiet time with your cat so he knows you still care about him, but don’t allow him access to your newborn’s room. You don’t want the cat jumping into the crib with the baby. What you should do, however, is place material with the baby’s scent on it, such as a blanket or clothing, in an area where the cat can smell it and get used to it.

Taking care of an infant is labor-intensive, but make sure to spend some quality time with your cat every day. As your child grows, teach her to properly pet and handle a cat. As a parent, it’s your role to ensure your child isn’t harmed by the cat and vice versa.

A graduate of New York University, Jane Meggitt’s work has appeared in dozens of publications, including USA Today, The Alternative Daily, nj.com, The Happy Cat Site and The Nest Pets.